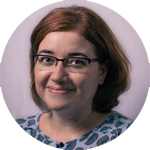 Associate Professor at Department of Information Engineering of Università degli Studi di Brescia (Italy). She obtained her PhD in Computer Science at Università degli Studi di Milano. Her research interests are Human-Computer Interaction, End-User Development, Computer Semiotics and Semiotic Engineering, Creative and Participatory Design. She has been involved in several International and Italian projects in collaboration with universities, research institutes, and private companies. 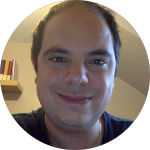 Full Professor in Sociotechnical Design and Head of The Sociotechnical Centre for Internationalisation and User Experience at the University of West London. He is also co-chair of the sociotechnical specialist group for the British Computer Society. His interests lie in the sociotechnical and cultural aspects of systems design, development and use. In pursuing these interests, he has been involved as researcher and consultant in several projects in the UK and overseas in the domains of e-learning in social development, e-commerce, e-governance, and enterprise resource planning systems. 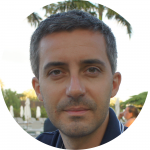 Associate Professor (w/ Habil.) at the University of Madeira, senior researcher and deputy president for scientific affairs at the Interactive Technologies Institute, Portugal, and a collaborator at the Intelligent Multimodal Interfaces Group at INESC-ID Lisbon. Pedro Campos has been teaching Human-Computer Interaction to Carnegie-Mellon University’s students for the last ten years, thus helping them shape the industry. He has authored more than 100 scientific publications in the field. He co-founded three successful tech-based companies over the last ten years and holds a patent pending to the European Patent Office. 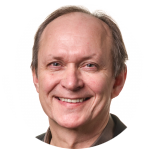 PhD, Full Professor at Department of IT Management, Copenhagen Business School, Denmark. His interest is in Human-Computer Interaction, in particular psychology as a science of design. The focus of his research is on cultural psychological perspectives on usability and user experience. As chair of International Federation of Information Processing (IFIP), TC Human-Computer Interaction’s Working Group 13.6 on Human Work Interaction Design (HWID) 2009-2014, he has co-organized a series of international working conferences on work analysis and usability/user experiences in organisational, human, social and cultural contexts. He has been involved in EU, Danish, and International research projects. 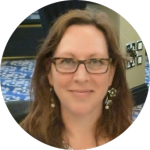 Professor at Polytechnic Institute of Castelo Branco, Portugal, for twenty years. She is a research fellow at Madeira Interactive Technologies Institute (M-iti) in Portugal. She had several management duties at her institution: school vice-director, president of the scientific and president of the pedagogical boards. Her research interests are mainly: Human Computer Interaction, Information Systems and Technology for Organizational Agility, Intelligence and Resilience; and Research Methodologies. The focus of her Research is on Social Informatics, Interaction Design, Human Work Interaction Design, Creativity and Innovation, Collaborative Work, and Quality of Life Technologies. Arminda has collaborated in different research projects either in Portugal or internationally.

Coordinator at Centre of Excellence in Human Computer Interaction (HCI), Vishwakarma Institute of Technology (VIT) Pune, INDIA. He is also Assistant Head (Research) at Department of Computer Engineering at VIT, Pune. His research work is mainly focused on HCI, Assistive Technologies and Medical Usability. He has PhD in HCI from Indian Institute of Technology (IIT), Bombay and also has 20 years of experience in academics and research activities. He is an active member of ACM and SIGCHI. His team has developed a utility Android app - Eye+ for visually impaired users, which was also nominated for National Award in 2018. 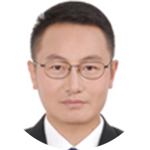 Lecturer in the School of Digital Media and Design Arts at Beijing University of Posts & Telecommunications. He was previously a postdoctoral in the Department of Digitization at Copenhagen Business School and Marie Skłodowska-Curie Fellowship from 2016-2018, and prior to that an UX researcher at Lenovo, China Mobile and Siemens (China) from 2006-2014. He earned his Ph.D in Human Factors and Engineering Psychology in Institute of Psychology at Chinese Academy of Sciences. His research interests include UX issues and interaction design in context-aware and low cognitive load systems, cultural issues in HCI and measures of UX. 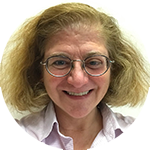 Professor in Informatics and Information Sciences at Molde University College in Norway; PhD (1998) University of Pittsburgh USA. Her core research interests are in innovative technologies, such as artificial intelligence / machine learning, augmented reality, virtual reality, haptic technologies, etc., and how they are providing new opportunities for how individuals and organisations engage with work, personal life, and society. Additionally exploring the boundaries between individuals, groups and systems and research in human experiences. In her recent publication, Molka-Danielsen and colleagues explore the need for embodying ethical principles into the design and production of the innovative technologies, especially in the User Interface and User Experience processes. 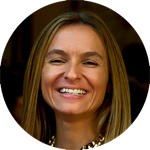 PhD, is a Invited Assistant Professor at University of Madeira and Researcher at Madeira-ITI/LARSyS, Portugal. Designing news ways for people have an easier access to reading and writing with novel tools or user interfaces (Creativity Support Tools and HCI), is the main thread of her research. Since creativity can spring forth from anything and the intensification of digital computing accelerated today’s society in all its forms, she is also interested in research areas such as Creativity, Human Work Interaction Design and Interactive Technologies for Well-Being. Previously, she worked as a computer science teacher at higher school for eight years. She is member of IFIP TC 13, WG 13.6 since October 2014.